Every Sunday we send this email out to our subscribers. Interested in receiving this too? You can subscribe to the newsletter right here.

What's to see when you get there? 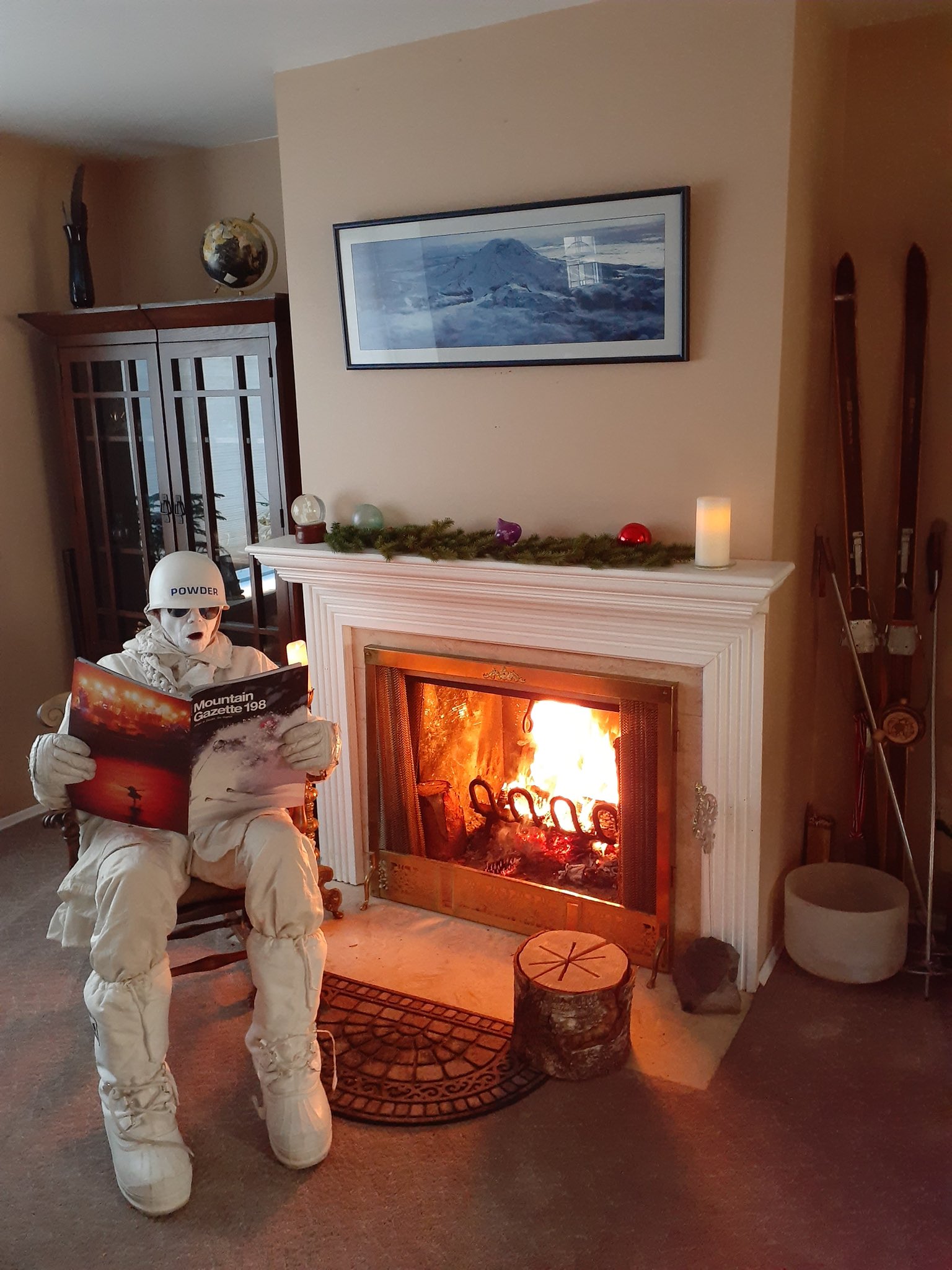 Hi Austin, this week I'm coming to you from the edge of a cellular Internet connection in rural Maine. Mother Nature saw fit to drop 16 inches of fresh white cement on the town I'm from. It's beautiful, and it's responsible for shutting down the power to half the town in a single night, so that made things interesting.

The main culprit for the loss of power at our house appeared to be a massive tree just down the road. The weight of high-water-content snow toppled the tree (pulled out the root ball and all) and laid it down across some critical power lines. This also created an impassible obstacle on the road in front of our house—it's a "backroad" and also a well known local bypass between two towns.

I was standing on this road and just inside a hazard barrier examining the destruction when a man in a Mercedes pulled up, rolled down his window, and shouted without introduction: "HEY!? Is this responsible for shutting down the ski area?!"

I must have looked pretty official with my fuel stained work clothes and snowblower because the ski area in question is about 10 miles away and in a completely different town. But there he sat, staring, idling and waiting for a reply.

I offered that perhaps the ski area had its own version of this tree-vs-power-line scenario and that if he wanted to find out, he'd have to turn around and go over the mountain (a parallel route). That seemed satisfying enough. He tossed the Mercedes in reverse until he reached the blindest part of the blind corner we live on, executed a clean 3-point turn while I cringed, awaiting a catastrophic collision that never materialized, and then he continued on his way.

As of Saturday night we're still without power and the tree is still blocking the road. I hope you're all in better shape than we are. Go skiing, work on your snowblower, or just kick back and enjoy the small comforts that come with functional power.

P.S. Here's a photo of the tree. And if you're still on the hunt for a holiday gift consider a Mountain Gazette subscription. It's quick and easy. 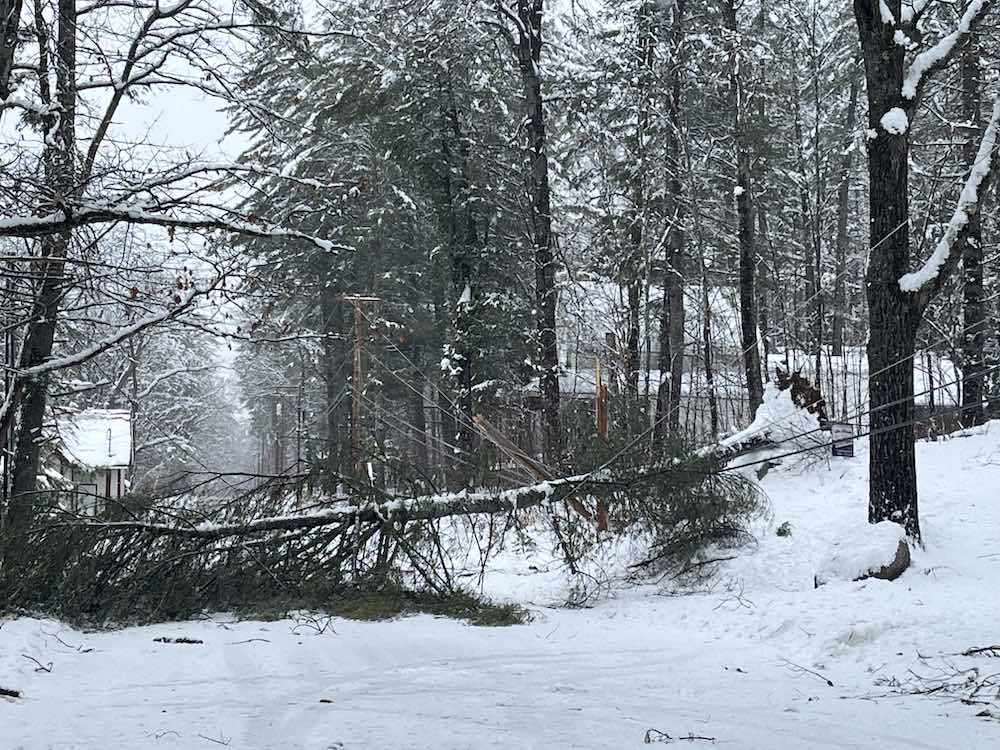 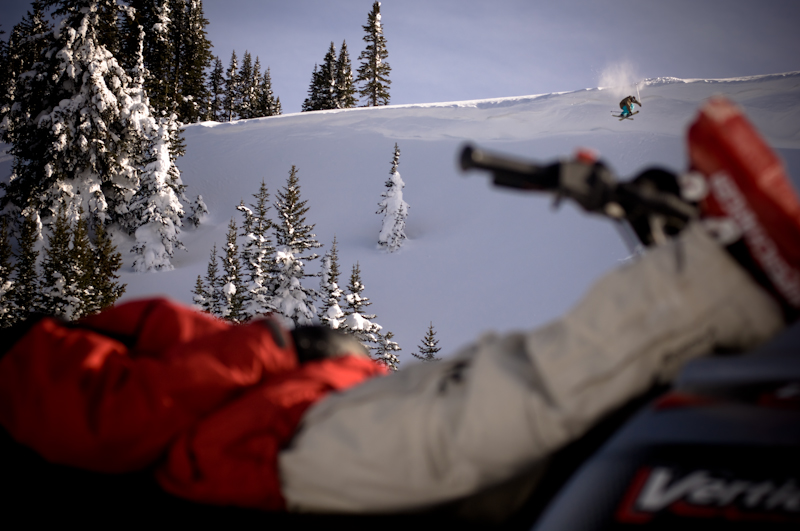 → A couple of weeks ago we shared the trailer for the surf flick The Yin & Yang of Gerry Lopez. The full movie is available online now: https://www.youtube.com/watch?v=GeTMPJ2B5VE

→ The Commonwealth of Massachusetts created an Outdoor Office of Recreation and announced straight from the lodge of Wachusett Mountain: https://www.wickedoutdoorsy.com/new/massachusettsorec

→ The art of San Francisco illustrator Felicia Chiao focuses on scenes that show what it would be like if feelings took on physical form. Find her art here: https://www.booooooom.com/2022/12/15/strange-pain-by-artist-felicia-chiao/ and her printed children's book here: https://www.instagram.com/p/CljQqumu0Ny/?hl=en

→ Need a conversation starter for your next holiday dinner? Here's how floating wind turbines work. From the independent journalists at The Conversation: https://theconversation.com/how-do-floating-wind-turbines-work-5-companies-just-won-the-first-us-leases-for-building-them-off-californias-coast-196103

→ One for the New Englanders. Allen's Coffee Brandy is a one of a kind Maine delicacy and Lone Pine Brewing canned it as a beer: https://lonepinebrewery.com/beers/collaborations/

→ Preview Forecast Ski Magazine's next issue on their website. It's a helping of powder: https://forecastski.com/forecast-issue-8-3-preview/

→ Holiday Music for People Who Hate Holiday Music is a Spotify playlist that explains itself. We're not holiday haters, just appreciators of variety—maybe you are, too: https://open.spotify.com/playlist/3Gmio0ktcPR085mchdD0Ao?si=7316147e68064353

Send us a photo of your dog on an adventure. If your photo is selected we'll send you stickers and treats. Just hit reply on this email. We'll ask what kind of treats you prefer. 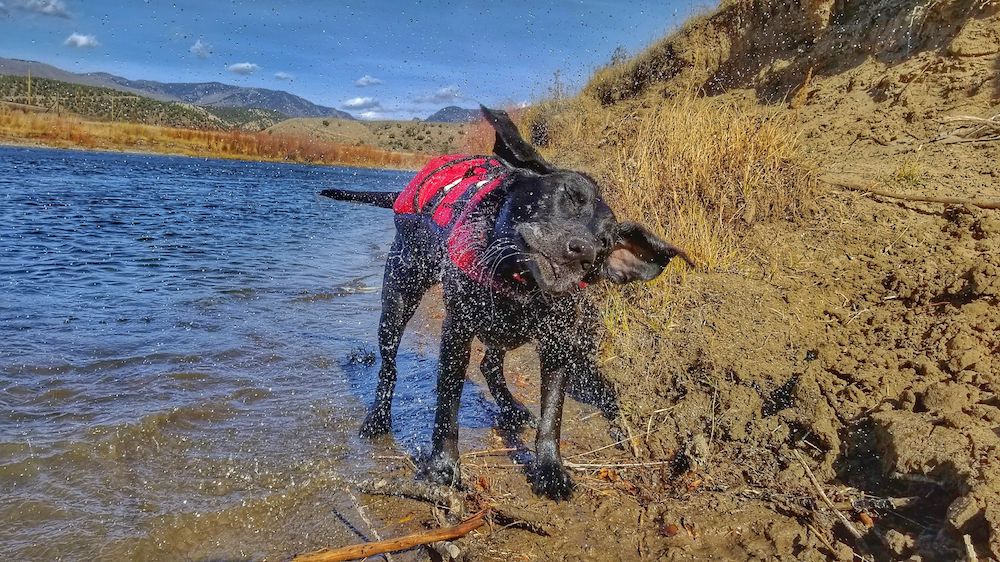 Our friends at Dad Grass offered to send a package of their CBD Dog Treats to anyone who has a picture of their dog featured here in the Sunday newsletter.

The treats are for all breeds, ages, and sizes. They make human CBD treats, too and use the same quality and full-spectrum oil in both.

"Seeking Direction" by John P. O'Grady was originally published on MountainGazette.com in 2016. We revived it here exclusively for the Sunday email. 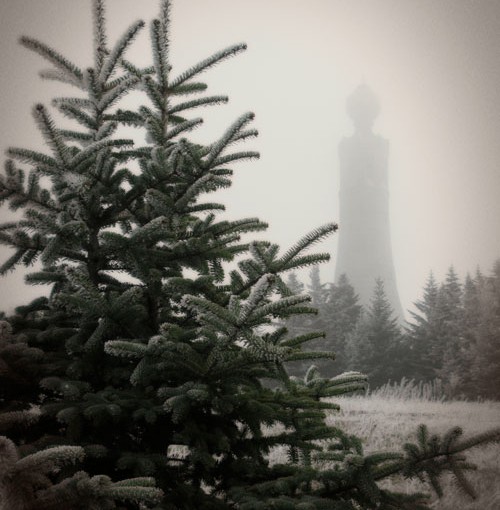 Late last fall, David Rothenberg and I spent a day on Mount Greylock. It’s the highest peak in Massachusetts and has many literary associations. For instance, Henry Thoreau climbed it in 1844 and wrote up an account. He ascended the nearly 3,500 foot mountain—in those days called “Saddle-back”—via a long valley called “the Bellows”. He described his route as “a road for the pilgrim to enter upon who would climb to the gates of heaven.” David and I—neither of us a pilgrim—drove our cars up the auto road. We arranged to rendezvous at 8:00 a.m. in the big parking lot just below the summit.

I arrived first and had the place to myself. No other cars were in the lot. A dusting of snow had fallen overnight and prettied things up. The clouds, though, were still thick and swirling, the wind bitter, so I made straight for the historic summit lodge. As it turned out, this was the last day of operation for the season. They were preparing to shut the place down for winter. The only item still being served in the restaurant was coffee—very expensive, very bad coffee. I bought a cup and took it with me back out to the parking lot to wait for David. The coffee turned out to be tepid, so without thinking I poured it out on the parking lot macadam. I immediately felt like a litterbug. Before I got too deep into gratuitous environmental guilt, David arrived.

Neither of us brought along a map or knew where we were going, but we figured we could ask somebody along the way for directions. Neither of us had any food, but that too, we reckoned, could be bummed along the way. We cast one last look back toward the big empty parking lot, still mostly obscured by swirling clouds, and plunged down a path that turned out to be the Appalachian Trail. We were heading north. At this elevation the trees—maples, birches, and spruce—were all stunted. Soon enough the clouds parted and we had an expansive vista toward the valley below. It was like standing in the middle of a Hudson River School painting. In the distance we could see the converted factory buildings that now house the Massachusetts Museum of Contemporary Art. The clouds closed back upon us and we continued our descent.

As we continued on our journey, we lost a lot of elevation. We were in tall forest now. The bare, wet trees took on a sinister quality. At any moment the ghost of Virgil might appear, but instead we came upon a substantial man sitting eating his lunch on a boulder next to the path. I can’t remember now what all he was wearing, except for the penny loafers. I had never before seen anybody wearing penny loafers on a trail. A conversation ensued between the man on the boulder and us. It went like this.

Us: Does this path go anywhere?

Us: Have you been there?

Him: Not that far.

Us: What’s to see when you get there?

Him: Difficult to say.

Us: Well, thanks for the info!

He offered us no food and we were too embarrassed to ask for any. So we continued down the path and arrived at the place described by the man—either that or someplace just like it. We enjoyed our visit and retraced our route back up the mountain without further incident.

By the time we arrived at the parking lot, the clouds had departed and the snow had melted. The parking lot was full of shining cars and crowded with happy people out for a Sunday afternoon jaunt. As we emerged from the trail onto the parking lot, a black Jaguar pulled up close by. Three freshly-dressed holiday-makers—a man and two women—climbed out. They looked like they were looking for something pleasant to do, perhaps take a walk somewhere. They turned to us for direction.

We continued our descent.