The Sunday Newsletter from December 25th. You can receive this email every Sunday. We're 40+ weeks running so far. Subscribe to our email newsletter here. 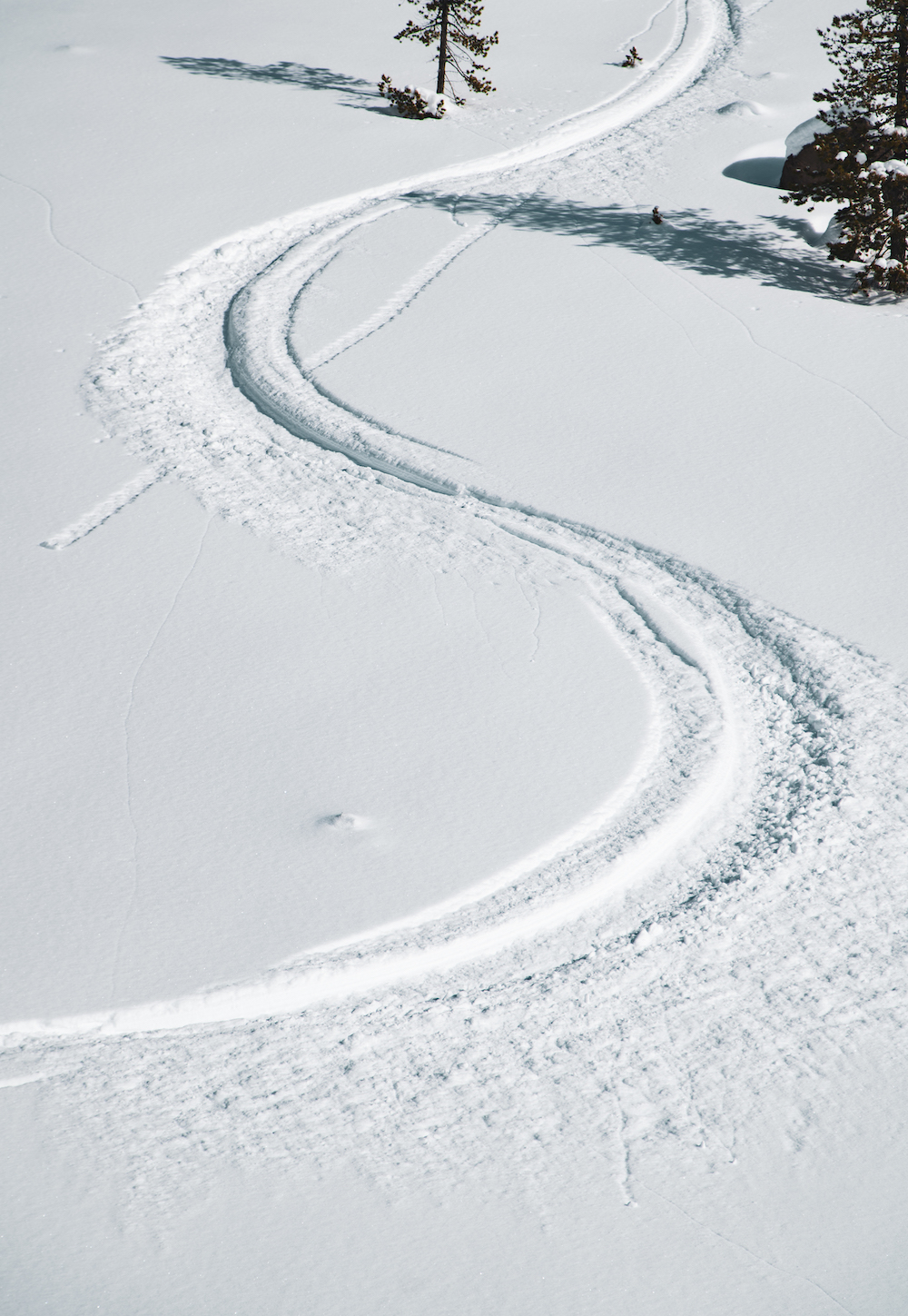 Hi Austin, wherever you are, I hope this note finds you well. I anticipate that more than half of the people reading this will do it after the holiday — this email is landing on Christmas day after all.

As I sat down to write this, I realized that we're now past the Winter Solstice. The shortest days of winter are behind us and, the fates willing, the coldest, too. Bozeman recorded a record low temperature of minus 40ish Farenheit; one of many (serious) record temperatures set in the past week.

I also hope that you are able to take time to explore and appreciate the world around you this week, whether that means competitive downhill ice skating or simply grabbing someone you care about and just going for a walk. It's easy to overcomplicate the act of just going outside. There isn't always a need for that.

Here's to adventures small and large, families and friends-who-feel-like-family, and an appreciation for the beauty of the natural world. Happy holidays, you're almost to the new year. - Austin 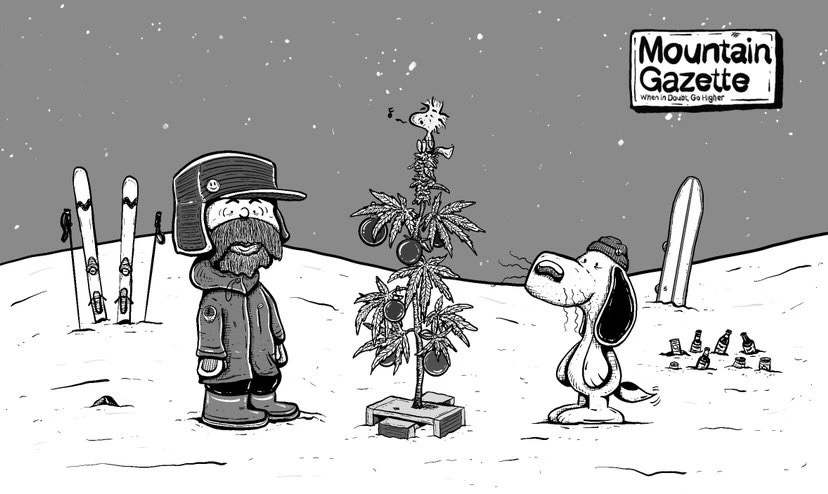 When in Doubt, Go Higher, Chuck 📸 The Dead Dirtbag

→  A holiday letter to the visitors of Aspen, from Roger Marolt at The Aspen Daily News. Don't bite the hand that feeds you: https://www.aspendailynews.com/opinion/marolt-bite-the-hand-that-feeds-you-and-dinner-may-be-served-cold/article_0ea34dc2-8001-11ed-a84f-d36fdb652055.html

→ Ski for the Love is just good ol' backcountry fun, and we're happy to support the flick. Watch the trailer here: https://www.youtube.com/watch?v=GYdgdD7AO_M&t=3s

→  Map nerds, geeks, and appreciators unite. The Topologist's World Map is a thing to behold: https://tafc.space/qna/the-topologists-world-map/

→ The Winter Edition of Creem Magazine is out. Our friends over there also previewed a piece about a $5 million theft involving Creedance Clearwater Revival and the CIA: https://www.creem.com/fresh-creem/creedence-clearwater-revival-unfortunate-son

→ "When a storm surge swept dozens of wild horses and cattle from the coast of North Carolina, no one expected there to be survivors. Then hoofprints appeared in the sand." This is a fascinating (long) read from Atavist Magazine: https://magazine.atavist.com/true-grit-cows-core-banks-hurricane-dorian-survival/

→ In case you missed it, Hermon Mountain Ski Area is for sale. Get a feel for the place from New England Ski History: https://www.newenglandskihistory.com/Maine/hermonmtn.php

→ bioGraphic is an editorially independent non-profit magazine from The California Academy of Sciences. Take a peek here: https://www.biographic.com/making-nature-less-predictable/

→  Gated, The Podcast is a pod from Mountain Gazette contributor Emily Tidwell. Recently our editor Mike joined her to talk turkey about his history and what it takes to make a large format magazine. Listen on Spotify: https://open.spotify.com/episode/3ulSIlpV5UyqD2rYxR1h4G?si=3fa3766a91824f03

💨 Introducing a new weather forecast section from our friends at OpenSnow! Here we'll share a snippet of the continental weather patterns and forecasts for the days ahead. We're doing a snow dance.

Summary, December 23rd - The cold snap out West, while severe, will be short-lived as a milder airmass from the Pacific arrives this weekend & next week. Storms will also return to all areas of the West over the next week favoring the Rockies while the maritime ranges will see mixed precip with high snow levels at times. The East will see arctic cold this weekend followed by a warming trend leading up to New Year's.

Read the full report on OpenSnow 👉

Send us a photo of your dog on an adventure. If your photo is selected we'll send you stickers and treats. Just hit reply on this email. We'll ask what kind of treats you prefer. 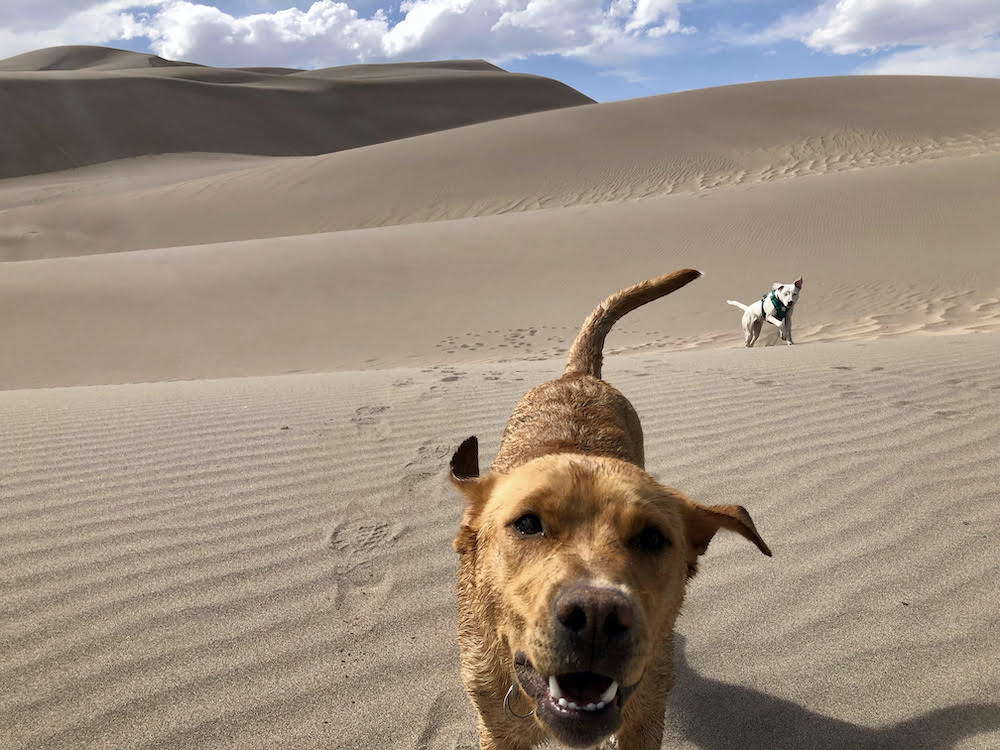 Our friends at Dad Grass offered to send a package of their CBD Dog Treats to anyone who has a picture of their dog featured here in the Sunday newsletter.

The treats are for all breeds, ages, and sizes. They make human CBD treats, too and use the same quality and full-spectrum oil in both.

"Winter You Gotta Wonderland" by Tara Flannagan was published on MountainGazette.com in 2012, and it's been revived here unedited and exclusively for the Sunday email. 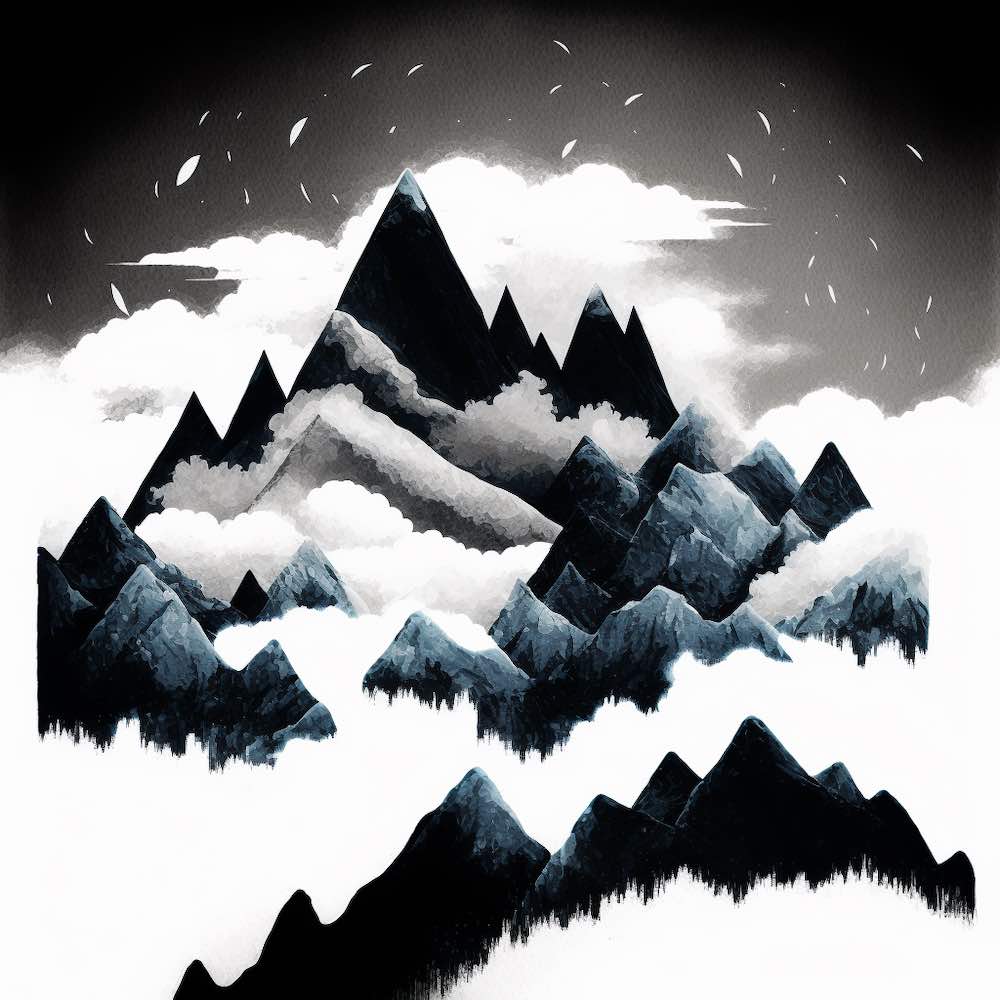 If The World Doesn't End

Winter has some serious competition this year in the form of The Shift, which is slated around the date of Dec. 21, and at which time, as you very well know, the world will split into higher and lower dimensional realities. We’re not exactly sure how winter is going to play out in the new scenario, so we’re using our current Third Dimension, where other people’s bad luck/decisions/situations make for fun things for the rest of us lowlifes to talk about. Those of us who move on to the Fifth Dimension won’t be doing this kind of crap anymore.

We got to wondering if there were any real, sanctioned Winter Wonderlands out there. What we were looking for were places that are so goddamned wonderful that you almost can’t stand it. Instead, we found a story about allegedly great wintry places to retire because, if you don’t have to work, you don’t have to go outside in the towns’ really repulsive weather. Places like South Bend, Indiana. What the hell? Anyway, according to U.S. News, there are lots of great crappy wintry places to go if you don’t plan to go outside and deal with the fact that you’re in such a crappy situation. On the list: Juneau, Alaska; Syracuse, N.Y.; South Bend; Marquette, Michigan (where, in winter, you can usually saw off your own limbs without anesthesia after 20 minutes of being outside); Minneapolis (a relatively okay place due to a bunch of skyway tunnels to run around in, sort of like a gerbil habitat) and Aurora, Colorado (Aurora doesn’t necessarily have hideous weather, but if you’re moving to Colorado, you might as well take all your retirement money and spend three weeks in Aspen instead). There also were a few places where you might actually want to go outside: Burlington, Vermont, Salt Lake City and Portland, Maine.

It’s never too early to start getting all lathered up over the next Winter Olympics. If you want to get your sport listed for competition, a good place to start is by petitioning the International Olympic Committee via sites like Change.org or GoPetition.com. Really, it’s that easy; otherwise there’s no way they’d have curling or biathlon. That said, it’s anyone’s guess why the maniacs who race their cars on the partially frozen lake at Georgetown, Colorado, for example, have not had some sort of Olympic invitation/recognition. We digress (and to be fair, we should mention that they often place orange cones somewhere near the place where ice becomes water). You can plan to see women’s ski jumping added to the 2014 lineup at Sochi, in addition to a figure skating team event, a luge team relay, ski halfpipe for men and women AND the long-awaited biathlon mixed relay, which pretty much has everyone at the Mountain Gazette foaming at the mouth and/or experiencing bowel failure. Evidently, the XGames have had some influence on the addition of more extreme sports. Wielding his usual rapier wit, IOC president Jacques Rogge had this to say: “Such events provide great entertainment for the spectators and add further youthful appeal to our already action-packed lineup of Olympic winter sports.”

3) The winter of our discontent

While zillions of people attempt to escape the winter cold every year and thaw out in Arizona, we’ve got some real bad news. Both the Kingman/Lake Havasu City and Prescott areas apparently suck the good vibes out of people, or perhaps people with bad vibes are attracted to these locales, creating a vibrational suckhole that puts these spots among the top-10 saddest places in the United States, according to the Gallup-Healthways Well-Being Index. It goes without saying that Boulder took the top billing as the happiest place in the country (see Olympic sports entry for MG staff reaction to Boulder’s inherent perkiness). Conversely, out of 188 MSA’s (metropolitan statistical areas), Huntington-Ashland WV-KY-OH took top billing as the saddest place in the country, followed by places like Youngstown, Ohio, and Beaumont, Texas. Coming in at No. 9, Prescott has a bunch of firecrackers who predominantly rank low in their feelings about their physical health and life in general. At No. 8, the folks in the Kingman/Lake Havasu City area ranked 52nd for emotional health, but completely fell apart on physical health and overall life evaluation.

Operating on the assumption that colder, more-wintry places force people to buy warm clothes that are more expensive by nature, we learned many things in our extensive investigation. First of all, and no surprise here — folks in Jackson buy a lot of clothes — an average of $361 a month, according to Bundle. Meanwhile, Wyoming’s sartorial average is $121, with places like Sheridan ($119) and Rawlins ($97) holding the numbers and fashion down. If you seriously don’t want to dress to impress, Montana and Idaho are where you need to be. Montana has a scratchy $85 monthly average, with Livingston coming in at a paltry $81. Idaho’s average is $86, and if you really want to scrimp on style, Caldwell is your place at $53. We checked out Silver City, N.M., home of the Gazette’s esteemed editor, and folks there are parting with $91 a month on clothes.

We were looking for some fun, weird-ish winter festivals to talk about here, and encountered the usual ice-water plunges, and, naturally, the après-Christmas fruitcake toss in Manitou Springs, Colorado. But ranking among the World’s Top-10 Winter Festivals, according to MSN Travel, is Dirtbag Day at Big Sky Resort. Held in March, it’s not so much about douchebags, although there is some statistical crossover here. It’s more about hardcore skiers and riders who hit the bars at night, with hygiene as a distant consideration. Anyway, on Dirtbag Day, the dirtbags get to dress up in whatever they want. “This is our Halloween, New Year’s Eve and Mardi Gras all in one,” one of the participants told The New York Times.